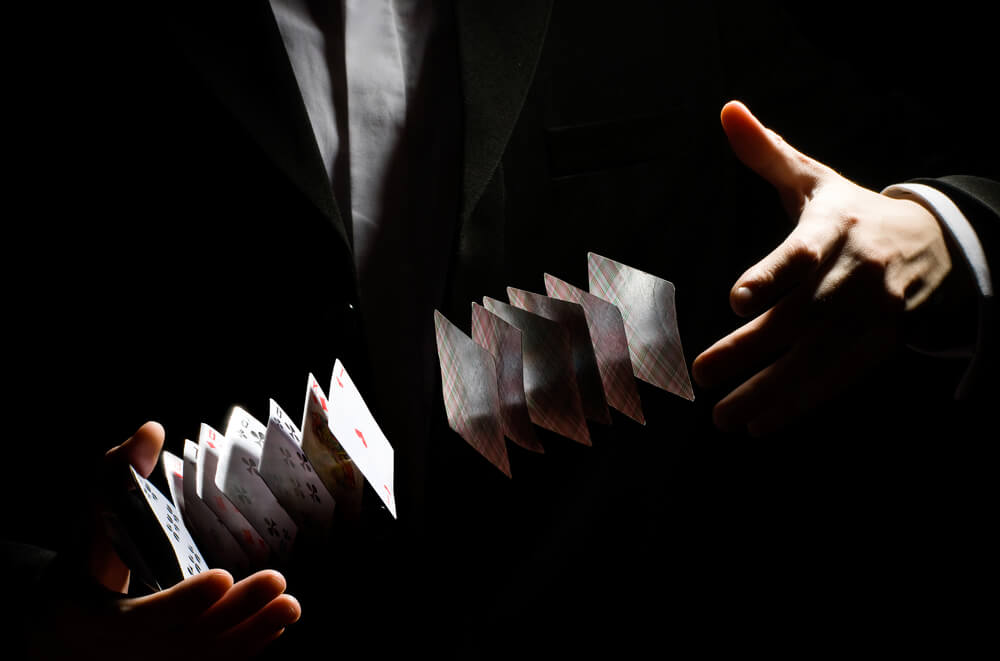 The world of magic is an interesting and incredible place to explore. Questions and assumptions about how tricks are performed are many and almost inexhaustible, and of course, answers are not always known to all. While many magical ‘secrets’ have been uncovered to be purely illusions and sleight-of-hand manipulations, many tricks still leave the crowd in awe, explains a popular magician in Manchester, Magician 4 All Occasions. Does this mean those magical tricks are really paranormal?

Are some magical tricks truly paranormal and supernatural?

Well, the fact is that for a trick to impress a crowd, it has to look convincingly strange. That is, a real ‘magic trick,’ must look like an actual impossibility, one which only Dumbledore or someone similar should be able to perform. That is the exact point for any magical display.

But does that bring us to conclude that magicians perform real voodoo to entertain a crowd? Definitely not. Because all magical tricks have an explanation.

Yes, to all tricks there’ll be an explanation, but the explanations are mostly unknown to the audience, which is what makes it impressive anyway. Of course, it might just be the magician who knows the secret that explains the trick, but eventually other people pick up on it also.

In addition, many of the biggest tricks that were once fascinating have been discovered to actually be simple tricks. Many of them are old tricks, which were the conventional magical tricks of the past and their secrets were kept hidden for a long time. But many of these are common knowledge today. Some tricks include performances such as:

This incredible trick, that magicians displayed in the past, earned them the awe and near-worship of the crowd. It has, however, been uncovered to be nothing but a display, in which solid boxes of virtually invisible material was strategically placed in water, making it appear as though a magician was actually walking on water.

This trick was an incredibly famous act for street magicians. People watched how a man singlehandedly defied gravity and sat in the air, concentrating on mumbling some spells.

It is now a really humorous knowledge to know how this ‘magic’ is explained, since the powerful magician was discovered to be sitting on an elevated platform

Amongst several others which have also been unravelled today, it is clear that all magical tricks we see have some basic explanation, and absolutely nothing paranormal to them.

New magical tricks which appear to have no explanation?

Once a magician invents or discovers a new trick or one really uncommon, the initial idea that spreads is that ‘this is real magic and it is unexplainable’. The only person who has the explanation would be the magician himself. Aside from him or her, there might be a friend or family who watched him in practice.

There might also be some mentor magician who disclosed this new wonder, or a group of other magicians in the association who know about the trick. So definitely, the explanation of any magical trick is known to someone, even if just one or very few.

However, the magician might enjoy the monopoly of being the only custodian of a trade secret for a good length of time, getting money and fame off it. But over time, such secrets get uncovered, decoded or spread to other magicians in the association, maybe at a cost. Yes, it’s all smart business!

Magic secrets now getting unravelled all over the internet

Although, without a doubt, some of those tricks are still simply incredulous that they appear supernatural and incredible, even today.

Fortunately for non-magicians, the media, and especially the internet, today’s world is aflame with secrets and tricks being unravelled and on display for everyone (presumably to the dismay of magicians).

Now, anyone and everyone can get answers and explanations for how magical tricks are performed. And in fact, anyone can become a magician by learning this tricks too!

This might not be pleasant news to the professional magicians who have a craft to protect and a crowd to impress. Sadly too, the fun and laughter in watching magical shows and performances start to erode if everyone now knows the explanations to every trick.

Thus, the pressure falls on magicians and their associations to come up with new and more astounding tricks that are both brilliant and crafty. Tricks which would not get easily dismissed by the audience anymore. Such newer innovations and tricks might seem to have no explanation to many people, just for the meantime.

In conclusion, you can search for more explanations to almost all magical tricks on the internet today, and get your questions answered. Check out some of these links provided for more interesting details:

10 Secrets Behind the Most Famous Tricks Revealed